We must recognize the difference between the principles of God's Kingdom and those of Satan's government. God gives people the freedom to accept or reject His way of governing. Of course when we reject God's way then there are natural consequences that come upon the person to which God is unable to protect them from. Yet, Satan's government of selfishness attempts to FORCE people to comply to its standards. There is no freedom of conscience under Satan's rule. His way is, "do as I say or I will persecute and destroy you."

Furthermore, the satanic type of government uses distortion, lies and propaganda. Black becomes white, good becomes evil, and vice versa. Rejection of certain lifestyles, under the satanic government propaganda machine, is twisted into hatred of the people that participate in these lifestyles. The truth about the destructiveness of such lifestyles is hid from its participants. It's like people claiming that I hate people who stand in front of speeding trains simply because I tell them that doing such could cause them great harm.

Any government that forces compliance to its demands is satanic. The homosexual agenda is indeed Satan born. The government that persecutes Christians because it will not bow down to this agenda is a tool of Satan.
Posted by Christ's Victory Bible Teaching Center at 6:23 AM No comments:

A Golden Nugget For You

Here is another golden nugget from a book written back in 1852 relating a similar truth about the character of God that we are trying to promote at Vindicating God Ministries:

"God is repeatedly said to have destroyed Israel; but we also read, '0, Israel! thou hast destroyed thyself.' Here God was not the destroyer; for He is expressly termed Israel's help. Every day's experience teaches us that afflictions come not singly, but in battalions. And why? But that, so soon as the shield of Truth is removed, the blows of the Adversary, 'who loveth to oppress,' fall thick and fast. Nor is it until God again interposes, 'by lifting up a standard against the Enemy,' that trials cease. In Job's case, God's protecting hand was withdrawn, and immediately stroke followed stroke with a malice."
Fraser-Tytler, Charles Edward New View of the Apocalypse: or, The Plagues of Egypt and of Europe Identical (Edinburgh: Johnstone and Hunter, 1852), p. 68 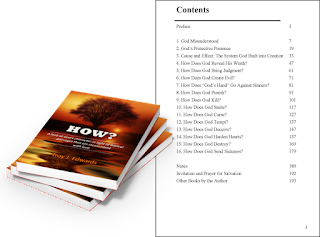 Visit our web page at www.vindicatinggod.org

Posted by Christ's Victory Bible Teaching Center at 7:54 AM No comments: 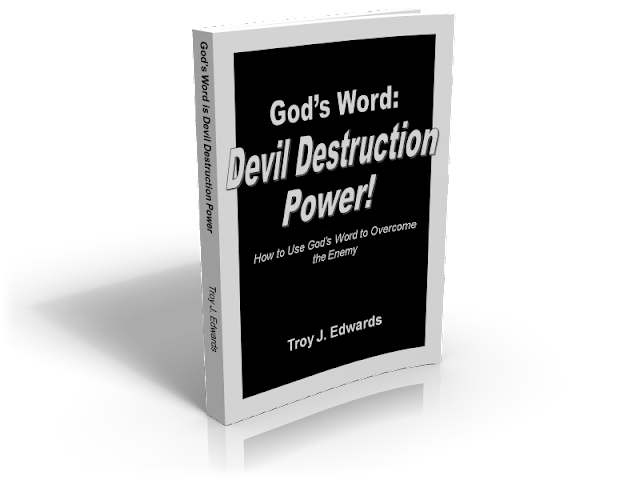 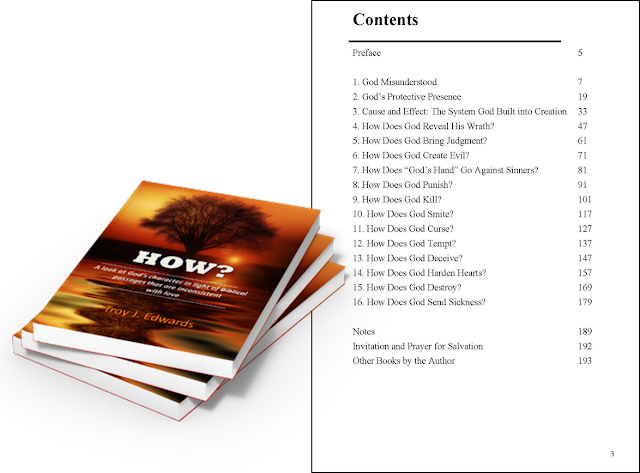