He hath cut off in his fierce anger all the horn of Israel: he hath drawn back his right hand from before the enemy, and he burned against Jacob like a flaming fire, which devoureth round about. He hath bent his bow like an enemy: he stood with his right hand as an adversary, and slew all that were pleasant to the eye in the tabernacle of the daughter of Zion: he poured out his fury like fire. (Lamentations 2:3-4; KJV)

Cut down by God’s anger, the pride and strength of Israel falls; He withdrew His right hand and stood back and allowed Israel’s enemies to wreak havoc in the land. God has burned and consumed Jacob in an insatiable fire. (v. 3; The VOICE)

Commentary: The International Standard Version Reads, “He withdrew his protection as the enemy approached.” God does not “kill” by physically bringing harm. When we choose to rebel against Him, we remove ourselves from under His protective presence. This gives an open door for our enemies to destroy us. All Scripture implying that God killed, smote, or slew should be understood in this manner.

Learn More: Get our book: 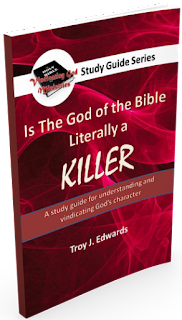